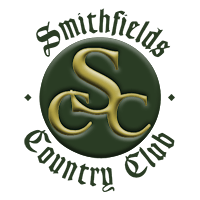 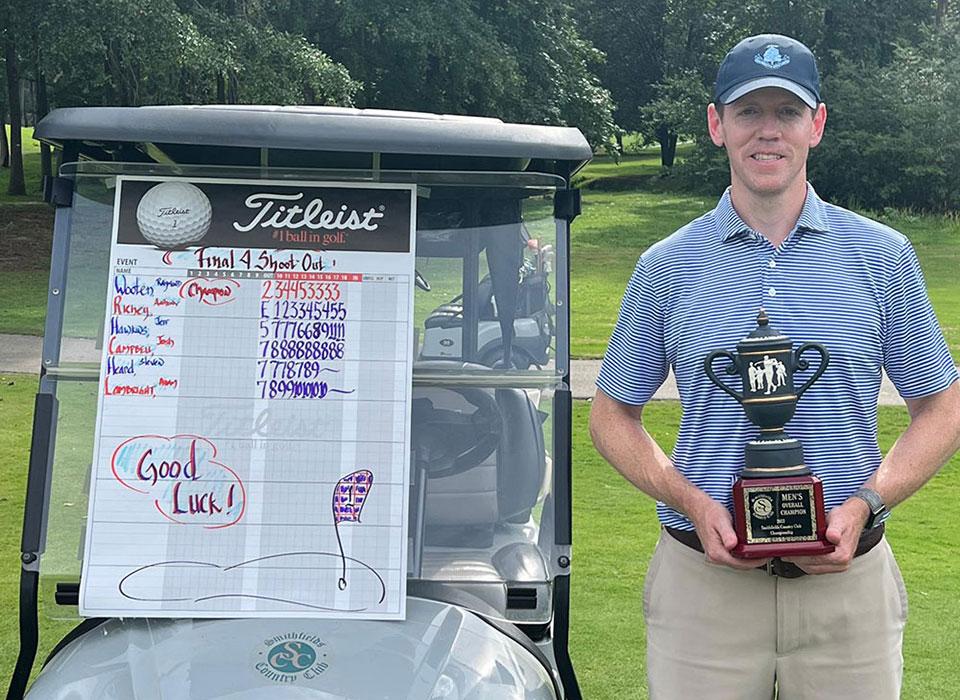 Our 2022 Club Championship(s) could not have been held at a better time. With great course conditions to go along with unseasonably cool temperatures, we had the perfect week to crown new champions.

In keeping with tradition, the Men’s Championship was decided during the 9-hole “Shoot-out” format. The low 4 scores (and ties) after 36 holes advanced to the playoff. Congratulations to all 6 players who finished in the top 4 after 36 holes and qualified for our playoff. Raymond Wooten, Anthony Richey, Josh Campbell, Jeff Hawkins, Adam Lambright, Stephen Heard gave themselves a chance.

The Champ…Raymond Wooten! Raymond began the ”shoot-out” with a modest 2-shot lead, but it didn’t take long to establish himself as the runaway favorite. Raymond’s final 9-hole score of -1 under par 35 allowed him to cruise to an easy 8-shot victory.

The Senior Championship was successfully defended by Mr. Doug Tooke. Tooke posted rounds of 80-75 for the comeback win as he was able to hold off Mr. Marshall Stuart in winning by 2 shots.

A new (and past) champion was crowned in our Ladies’ Division as Jan Bowers, for the 15th time in her storied career, was able to hold off last year’s champion (and 2-time winner), Judy Petersen. Mrs. Bowers opened the tournament with a round 1 score of 80 to open up a commanding 11-shot lead. Building on the momentum from round 1, Mrs. Bowers closed with another solid round of 85 to win by a tournament record of 22 strokes. Great playing, Mrs. Bowers!

In the net division, Connie Truesdale outlasted Melinda Oliva by 1 shot over the 2-day competition. The net division was closely contested as only 4 shots separated 1st place from last place. Congratulations to Mrs. Truesdale on her first ever championship victory!

Taking home the championship in the “White Tee Bracket” was Mr. Dave Hennigan, who was able to hold off Jacob Herman by 1-shot over the course of 2 days.

Congratulations to our winners!